Getting out of the ravine of expectations

Auditors and the broker scandal

The broker scandal of the decade is in the focus of attention now in Hungary. The auditor society is in a serious moral crisis. Auditors are proclaimed to be a kind of scapegoat by the government and the media.

Everyone should assume their responsibility for the development of this crisis, but in addition no specific plan or proposal has been suggested so far which could prevent the emergence of similar situations in the future or at least make it more difficult.

Auditors provide one of the most important controls of the economy in Hungary as well as all over the world. The auditors operating in Hungary work under the same standards as those in countries we consider to be developed. Then how could such a situation occur? Is it the right solution if inspection bodies point a finger of blame to each other instead of working together to avoid recurrence of such a case in the future?

The article was published on the subject on March 26, 2015 in the Hungarian publication Magyar Narancs. 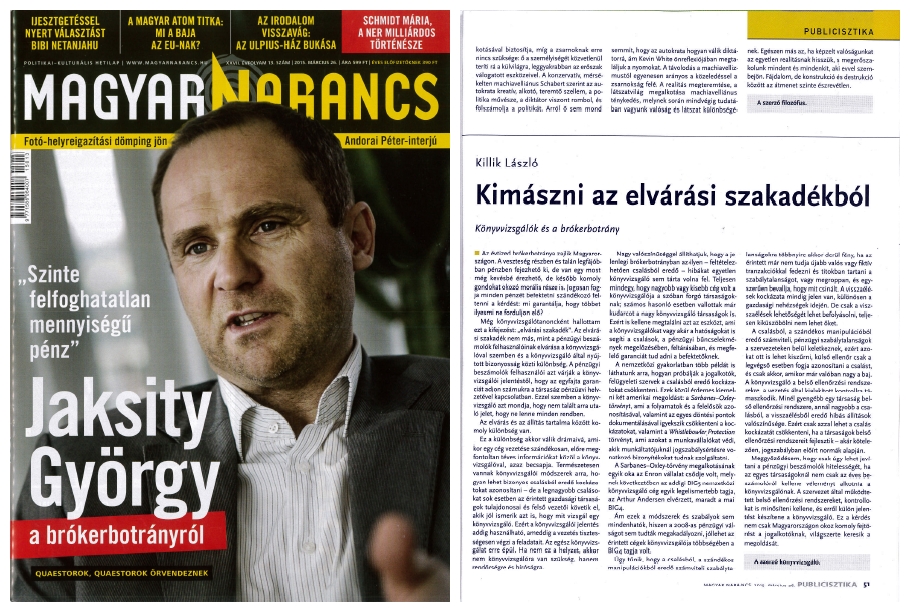 Professional skills are expected in business life, but for us it is equally important the business empathy. We continuously get both from BPO.